“Jimmy” has been making free mods and music for 1993’s DOOM for more than thirteen years and has been recognised for his efforts.
December 15, 2019 9:30 AM
By
Daniel Ang

Western Australian music Doom mod creator and composer James ‘Jimmy’ Paddock has received 2019’s Espi Award for Lifetime Achievement at the 2019 Cacowards through his many contributions in the Doomworld Community.

The Espi Award for Lifetime Achievement, named in honour of the late Esa “Espi” Repo, a significant member of the Doom modding community who passed away in 2009, highlights someone who has shown great commitment and devotion to the community over a long period of time.

Paddock has been recognised for thirteen and a half years of work, starting when he was around 15 years old, creating content for Doomworld’s extensive list of player-created projects and he said it was hard for him to identify what he was feeling.

“It was incredibly humbling and never in my wildest dreams did I imagine winning the award.”

Being part of such a large and engaging community has given a lot to Paddock and now he is often recruited via Discord to work on new projects that Doomworld members are creating.

Paddock first started out in the Doom community back in 2006, creating custom maps and levels on his computer “after school to indulge himself and create new content”.

It was when Paddock  was introduced to ‘Skulltag’, a multiplayer-oriented port of Doom that added a bevy of new and fascinating content, including new game modes, weapons and enemy types, his entrance into the community really began.

Paddock says Skulltag’s creator Brad “Carnevil” Carney was someone who helped welcome him to the community, and once he was a part of it he realised the power of being able to share his creative work with many like-minded people across the globe.

As time went on, Paddock started creating custom music for various levels and maps he was working on, eventually creating more than six hundred different tracks.

A self-taught musician, Paddock describes going into this new endeavour without much musical grounding but had the encouragement of his musical father who “championed all of his compositional work”.

“I really enjoyed the creative pursuit and from 2006 - 2008 I created the most music that I ever wrote”.

Paddock also composed music for Sigil, the megawad released as a spiritual successor to the original Doom by creator John Romero.

In 2014, Paddock decided to further his knowledge of music and hone his craft by enrolling into Composition and Music Technology at the Western Australian Academy of Performing Arts.

When he graduated in 2017, Paddock was “not entirely sure the course was for him as there lacked room for video game music”, but despite this, he learnt a lot during these years and it helped fuel his further creative ventures.

In the 1990s  there were other music composers who regularly worked on Doomworld projects such as Tom Mustaine, David Shaw, Jeremy Doyle and Mark Klem.

Paddock came into the scene after these early pioneers had left and there was a need for more musical creators.

Straying away from the grungy metal Doom is known for, Paddock’s music takes source from many different music genres including electronic rock and prog rock and over time his music became recognizable and resonated deeply within Doomworld.

Though in the earliest days his biggest musical influences were Mark Klem and David Shaw; in particular their work on the soundtrack ‘Requiem’, a 1997 collection of mods called a ‘megawad’ that contained 32 levels.

”I was not able to forsee the direction my own brand was heading in. At the start, I was ‘imitating’ famous composers."

“It’s important to find a streamlined process that works for you and this can come down to software loading times as you’ll need something fast to capture an idea in your head.”

“If your software is slow to load, you will lose this quickly. You have to find hardware and software that works, and maybe experiment to get there.”

Paddock says he wears his influences on his sleeve and it inspires him to create.

“When I listen to other music that really clicks, I listen on repeat until eventually I can hear melodies from my own songs in it.

“I have a focus and I want to encapsulate the energy that a particular artist or piece of music evokes.”

Being part of Doomworld has led to some special interactions with other members, such as an instrumental cover of Paddock’s ‘Hate Machine’ by YouTube user Kolilbri92

“I’ve never really been a huge performer, so seeing people cover my songs is brilliant and being able to see someone perform it on live instruments is great.”

Paddock says he has no intentions of slowing down, and will keep creating new content for a game that was originally released in 1993.  “I definitely don’t want to stop mapping or writing or playing Doom, and firmly remaining a part of the community really helps fulfill my needs when it comes to creative expression.”

He is currently working on several projects, and has just completed a new MIDI project that will be released very soon.

For the next few years though, Paddock sees himself continuing work on the third entry of ‘The Adventures of Square’ and remaining a stalwart of the Doom modding community.

You can find James Paddock on Twitter @jamespaddock, head to his website to listen to his music, or even check out our video with James and his brother Ben in the studio as we play the first chapter of The Adventures of Square below.

The ingredients of DOOM: Composer Mick Gordon on the soundtrack of DOOM Eternal

Mick Gordon built DOOM Eternal's soundtrack upon the legacy of DOOM but without just repeating the past.

Become the Witch and save the bunnies in WitchWay! 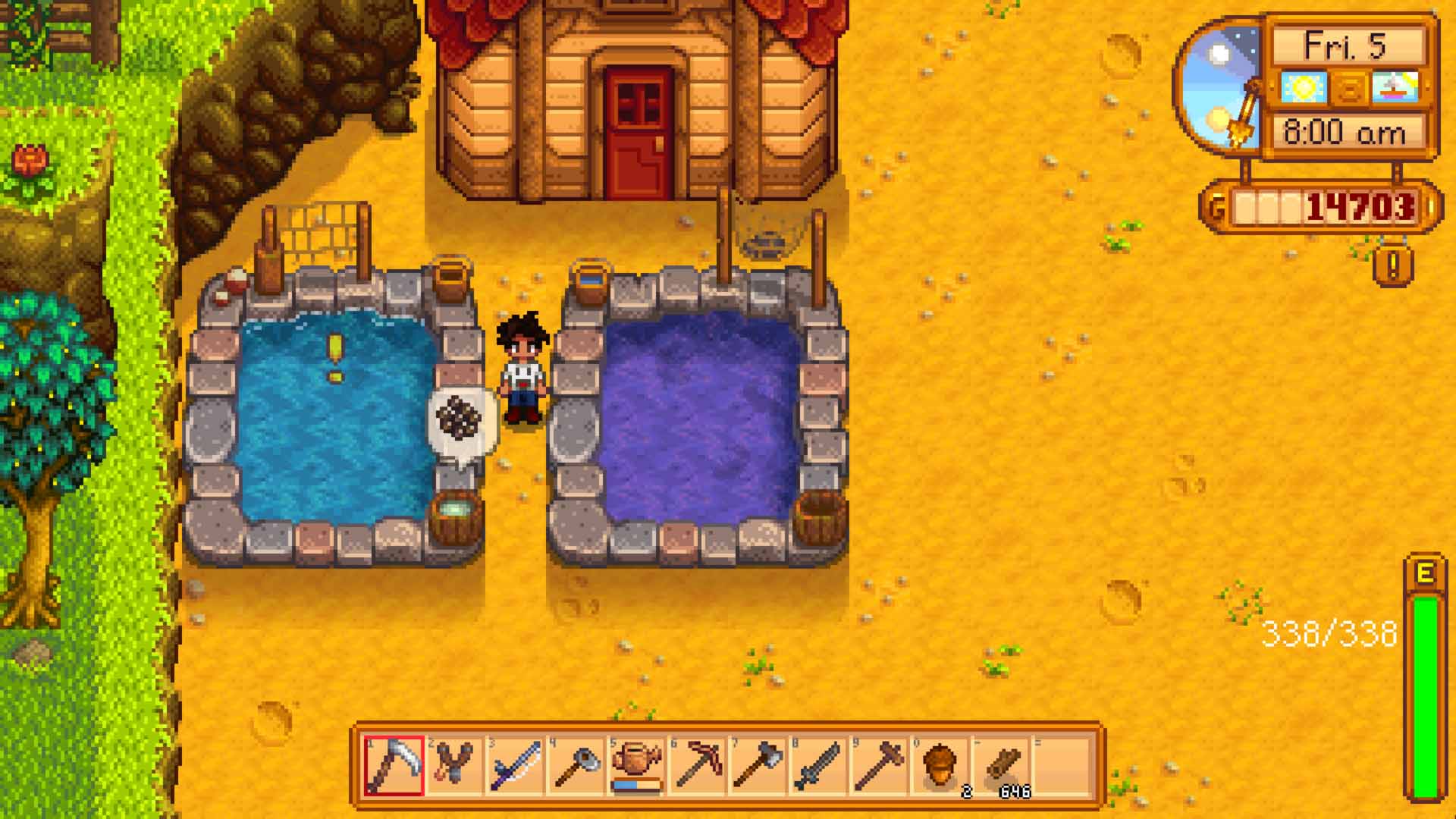 "Many men go fishing all of their lives without knowing that it is not fish they are after". Henry David Thoreau